The Dianense triathlete Andrea Fernández It has proclaimed champion in the distance Super Sprint from Triwhite Cup 2013 after his victory in the triathlon that took place in the town of Murcia San Javier.

Andrea Fernández has won five of the six tests that consisted the Triwhite Cup 2013. He has been the winner in Pilar de la Horadada, Alicante, Carboneras, Benidorm y San Javier, The only one that was not won in the Puerto de Santa María, Test that did not attend.

This test was attended by 87 triathletes. They occurred simultaneously outputs for both men and women. The first segment 350 meters swimming, departed from the sand of the beach. The Dianense marked a record 4 minutes 52 seconds, being the seventh out of the water.

The cyclist segment had a distance of 10 kilometer on a totally flat urban circuit. Andrea Fernández It marked a record 21 6 minute and seconds. The third segment footrace took a tour of 2.500 meters in which the representative Multiesport Marina Alta, marked a time of 9 minutes and 54 seconds. The sum of the times of the three segments gave the victory to the Dianense.

Sunday, will participate in the Duathlon Vinaroz, A test will be the first of School Sport Games 2013 / 14, Scoring for Valencian Regional Championship. 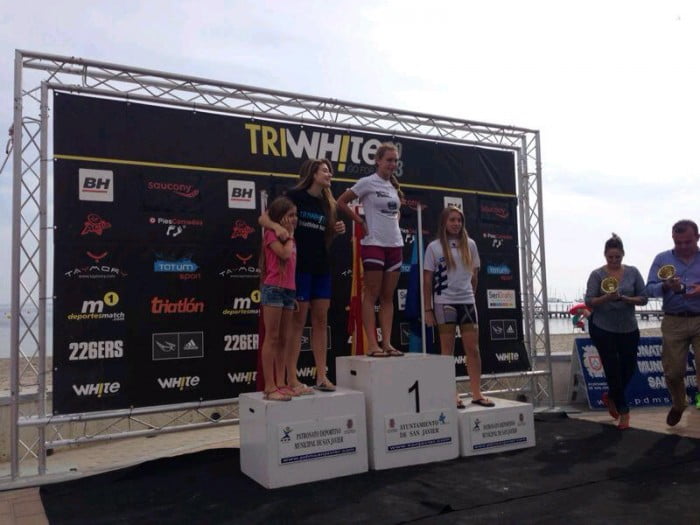