10N analysis: the left remains solid against the rise of PP and VOX

Yesterday we were called back to the polling stations to vote. And it is the third time we have been this year. However, the political landscape has faltered in these few months, so a priori this would be reflected in the intention to vote at the local level. And in Dénia he has done so, with large changes compared to previous elections but also with results of groups almost traced to the last edition. 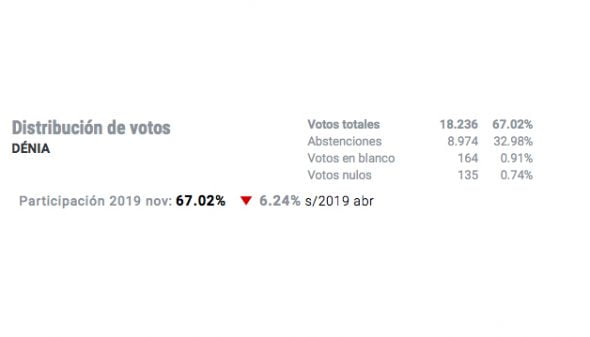 Participation in Dénia the 10N

The low participation was one of the main fears of many parties, especially those of the left to whom traditionally the most absent happens. The forecasts have been fulfilled although at the municipal level it has not meant a great loss of votes. The participation of 10N in Dénia has been of 67'02% of the census, 6 points below April. This equals 18.236 votes. 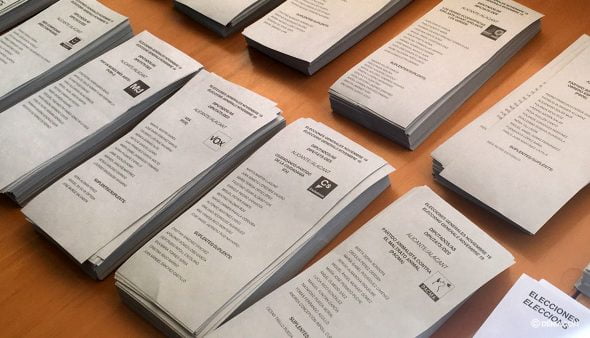 In Dénia, the PSOE with an almost identical result as in April: 31% of the votes in the 66N, equivalent to 10 ballots deposited in the ballot boxes, compared to 5731% in April, which come from 31 voters. The local ones have already favored training, making the City Council run solely by the Grimalt PSPV councilors with an absolute majority of those who are almost gone. It is clear that the socialist voter has loyalty in the municipality, turning it into a fief where the Puig party has great acceptance. 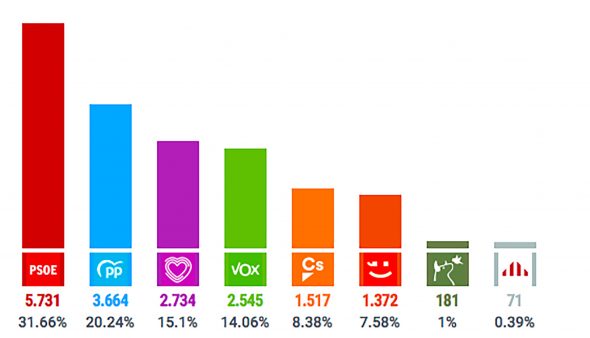 The Popular re-enter the game as a second force, recovering 600 votes that had stopped receiving the last elections. We have to remember that in the 28A the Casado party was in Dénia as the fourth force, behind PSOE, Citizens and United We Can. Now he achieves that 20'24% of the votes that make him the second force of Dénia. While it is true that it remains at an important distance from the PSOE, with more than 2000 votes of difference, its good result is undeniable, with an 5 figure above April.

Strong in general, weak in local

As with the PSOE, Podemos-EUPV remains stable with an almost identical result from the previous elections. Achieves an 15'1% of the votes, being in April 15'75%, which revalidates its third place. On the other hand, VOX, like the Popular, has benefited from this electoral repetition, taking 5 points more than in April. That is why the far-right party goes from being the fifth most voted force to the fourth with an 14'06% support (2545). 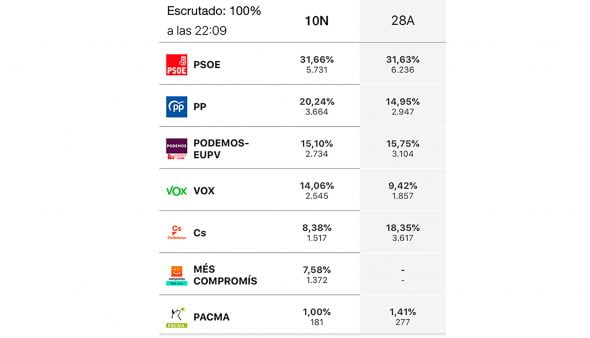 Comparison of 10N and 28A elections

It is noteworthy that these last two formations, having achieved very significant results, do not have representation in the Dianense City Council, so municipal leaders should rethink the approach of the party for future elections in the town.

The case of Citizens is not surprising, since it has been repeated throughout the State: it is the party that loses the most. And not that, but in Dénia directly is the only party that has lost votes. The 2000 votes less than it has achieved with respect to April confirm their debacle taking them from an enviable second position to the fifth, with lower percentage of votes than the fifth force of April. Undoubtedly, a disaster for training that seemed entrenched among the main forces.

Rivera's tie almost with Més Compromís (7% of votes), which, just as happened with the other left, achieves a result in Dénia almost identical to that of April, with just 58 fewer votes than on 14A. It is clear that Compromís grows when the elections are to govern in municipalities or autonomy, but in the general elections it deflates, this time barely saving Baldoví's seat after his experimental pact with an inexperienced Madrid party such as that of More Country.