Dianense wide representation in the Valencia Half Marathon V

The capital of the Turia lived a great athletic atmosphere last Sunday with the dispute of the V Half Marathon Valencia Trinidad Alfonso, where more than 13.000 athlete were thrown into the street to perform this test. Among these popular athletes there was a wide representation of the athletics of the Marina Alta. Athletes from Calpe, Benissa, Xàbia, Ondara, Pego, Jesús Pobre, La Xara and Dénia experienced this experience in the first person. 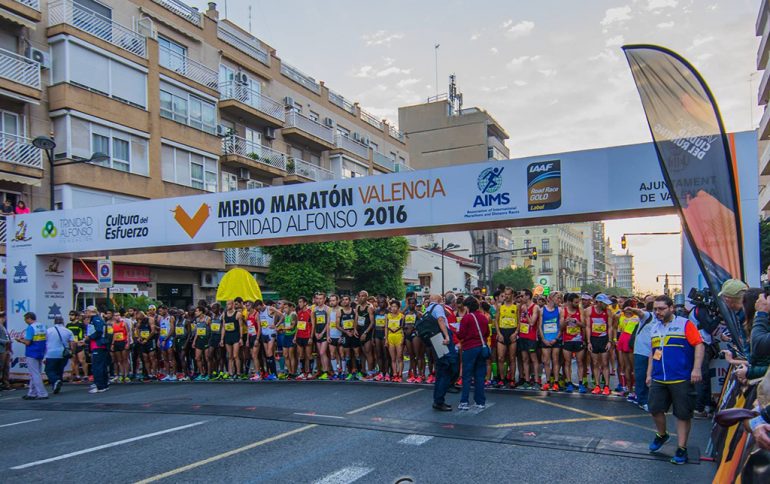 The winner of the race was the Kenyan, Stephen Kosgi Kibert, with a mark of 59: 27 ahead of the Moroccan, Musptapha El Aziz, who entered two seconds and third place went to, Edwing Kipsang Rotich. In women the winner was the Kenyan, Peres Jepchichir, with a time of, 1: 07.09, ahead of Violah Jempchumba with a mark of 1: 08.22, while Rosa Chelimo was third with a record of 1: 09.36.

Among the Dianense representation, the best was Jairo Soler, from La Poixa de Jesús Pobre Athletics Club with a 1 brand: 25 14. Salvador Lancis, of the Duro Nucleus Dénia entered the finish line with a time of 1: 32.08. The athlete, José Borrás, from Athletics Club La Xara ended with a record of 1: 34.14. Below the hour and 50 minutes arrived, Robert Tent, of the CA La Xara who performed, 1: 42.57, Vicente Moraleda, of the Duro Nucleus Dénia with 1: 47.07 and Vicent Ginestar of the CA La Faixa de Jesús Pobre that ended with a time of 1: 49.52. The veteran, Juan Puig, from Engaxat to Correr, finished with an 2 brand: 08.54.