The director Marina de DeniaGabriel Martínez has appeared electronically before the media to update various questions about how the health crisis has affected the port of Dianense. 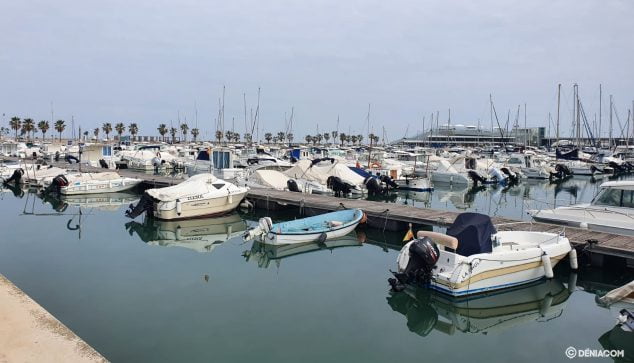 The boats moored in Dénia

First, it has explained the decision to cancel the Boat Show scheduled for late April and early May. "We considered it appropriate at the time not to postpone the room but to face what was coming and cancel it, because the dates we valued were already set by other rooms. And they were not safe either", Martínez commented.

In addition, it ensures that the calendar of salons can not be tightened further, which would force the national nautical to be constantly moving to different points, assuming a higher cost for them which they could not assume. "It is a shame, because the investment was already made and all that remained was to mount. But the circumstances could not be prevented".

However, in the case of the solidarity regattas that had been planned, the postponement was chosen since, as Martínez affirms, the people to whom the benefits were to be destined continue to be in need of aid. Although, yes, at the moment there is no date, but they will be carried out "as soon as the situation allows it".

"For the first time, the port is maintaining activity 0"

The situation of the port is, at the moment, the most difficult since its birth. "We have high survival costs. We are keeping the jobs without billing", has pointed out the director of Marina de Dénia. 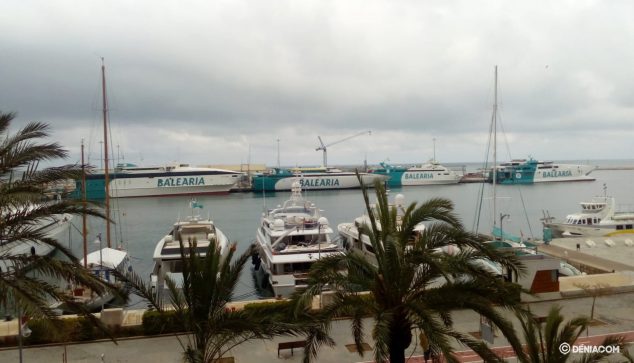 But it not only affects the marina, but all companies and workers in the same sector. The fishing fleet remains fully moored without any movement and Baleària it also has 4 stopped line ships. "The situation is very changeable, but it remains static in that our port, for the first time, remains with activity 0".

From the Port Table, with the support of the City Council whose mayor, according to Martínez, has been very close to managing the crisis, they have requested to meet with the Ministry to expose the circumstances and how it has affected them. "Someone will have to help us a little or we may have a great displeasure in our port." The objectives are to maintain the purchasing power of workers and companies afloat so that, once the economy is reactivated, they can relaunch the activity with the resources they offer.

"Important is that we, as soon as possible, have the ability to tell the world that our area is safe"

Of course, Martínez is optimistic about tourism in this campaign. "The problem is not work, it is the coronavirus, and without solving that problem, the rest cannot be solved. The main thing for workers must be that we can go out on the street without risk to ourselves or our homes. Then we have to have the responsibility to collaborate with our immediate environment of city, district, community and nation. As long as there is no vaccine, the only one that works is to be confined. "

The second concern that the director of Marina de Dénia raises, after the coronavirus, is time. Martínez believes that the measures have been fair to tackle the health crisis as soon as possible and get out quickly. "Important is that we, as soon as possible, have the ability to tell the world that our area is safe, in which the virus does not affect anyone and they can visit us without risk."

Now, assuming that they should focus on tourists from nearby, national environments, with availability to travel. Or even carry out promotional campaigns in countries that appear to be out of the situation sooner, saving costs in those that will take longer. But, without a doubt, Martínez considers that "we will have a very high number of national tourism".

Betting on a nautical tourism to walk around the house

In the specific case of nautical tourism, the image to be displayed will turn 180 degrees according to the proposal of the Dianense port to the Valencian Tourism Agency. Give up showing images of big sporting events or elite sailing boats.

"It's time to design one more nautical to walk around the house", has pointed out. This means, betting on showing the image of the small family boat enjoying our coves. "That is the nautical that we have really enjoyed every Sunday", affirms Martínez, and it will be the one that will now have to fight.