The kitesurfer from the Marina El Portet Sports Club, the Valencian Álex Climent and his partner, the ten-time Freestyle world champion, the Catalan Gisela Pulido, have set a magnificent performance in the Mixed European Formula Kite Relay Championship that took them to the fourth position of the final classification.

The competition took place from September 14 to 20 in Austria, specifically in Traunsee. Both athletes were accompanied by Dénia's neighbor, Manu Sanz, who attended the sporting event as coach of the Spanish Sailing Federation. 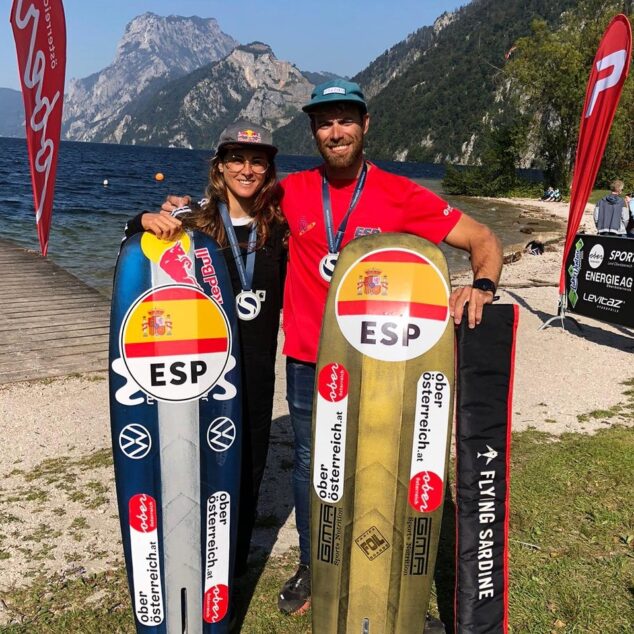 Sanz has highlighted the great quality of the two Spanish athletes and has highly valued the staging of this championship "Well, we must remember that the competitive system by which this European is governed is the same as that which will take place in the 2024 Paris Olympic Games and that has given Alex and Gisela experience", the coach explained.

The sailing conditions were characterized by a light wind on the lake where the competition took place. The start of the sporting event was not as good as it should have been for the Spaniards, as they were second to last in their group in qualifying. However luck was on the side of Climent and Pulido and not their rivals and this made them head into the semifinals, where they could already prove their worth. They obtained a first and second place that gave them a pass to the final where they took third place. Still with bronze under their arms, the scoring system made them place fourth in the final ranking.

The athletes are happy with the result obtained, since it was an absolutely new competition in which they lacked experience, both in the test itself - no relays had been done so far - and in the operation of the classifications.

Thus, the director of Marina El Portet, Luis Mira has congratulated both athletes for their magnificent performance.