The Marina El Portet de Dénia Kayak Fishing Club resumed its activity last Sunday with the holding of a social contest in La Granadella, in Xàbia, which served so that its partners, from both provinces - Valencia and Alicante - resumed contact and could go sailing, and especially to fish. 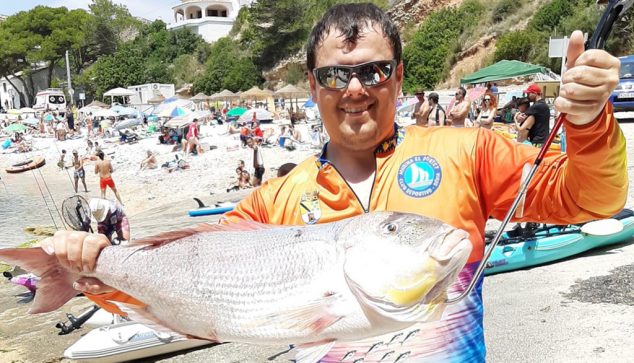 They have done it with news, since the members of the club have released new equipment.

As pointed out by the club's representative, Nico Lenarts, "We really wanted to see each other's faces and be able to go out and enjoy the sea, since it has been a long month".

The partner who won the second scoring edition of the club's internal league was Alejo Francés, who fished a six-kilo dentex.