With an intensity of about 6.000 vehicles per day, the Xara crossing, the CV-724, has become a barrier that separates the term in two. In addition, being quite straight, vehicles often exceed the limit of 50 km / h, putting at risk the many pedestrians who cross it every day.

All that will change in the coming months. Last Monday, 24 in September, began the works to improve the road, some works subsidized by the Ministry of Housing, Public Works and Vertebration of the Territory within its Road Safety Program 2018 / 2019. 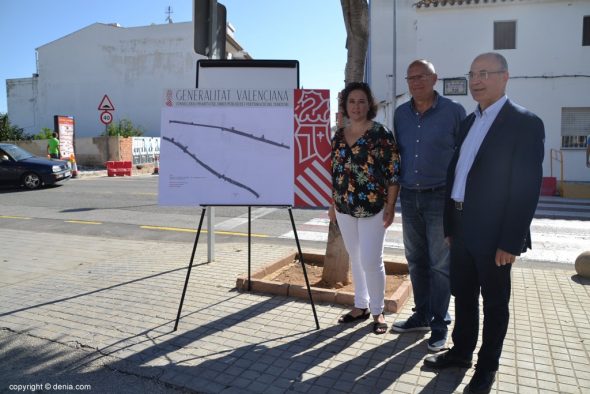 With a budget of 250.000 euros, the works will act on a section of 900 meters, from the roundabout on the Ondara road to the end of the La Xara core. The works will consist of the creation of nine pedestrian crosswalks, which will mean that each 100 meter will be a pedestrian crossing. This is intended to ensure that vehicles respect the established speed and significantly improve the safety of pedestrians.

In this sense, the sidewalks will be widened and a new sidewalk will be created at the entrance to the town along the Ondara highway. It also includes the creation of dark circles in the corners that allow a better visibility to pedestrians at the time of crossing the crossing. The works, which have an estimated duration of three months, will end with the asphalting of the entire road. 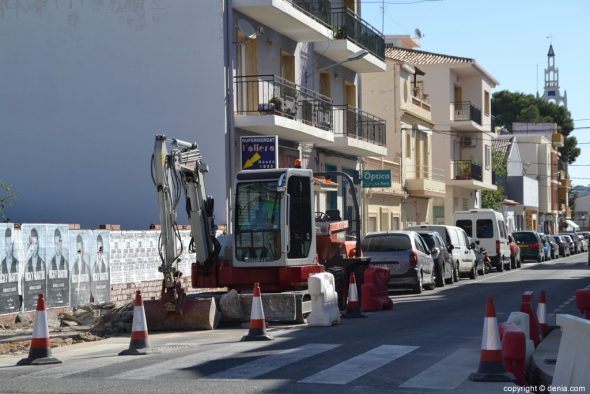 This Thursday the works were visited by the Director General of Public Works, Carlos Domingo, together with the mayors of La Xara, Maite Pérez, and Dénia, Vicent Grimalt.

For the mayor of La Xara, this work was "super necessary" and it supposes a remarkable improvement in the quality of life of the neighbors.

For his part, the general manager has stressed that this work follows the policy line of the Generalitat Valenciana, which is committed to sustainability, a safe and friendly transit, and a space designed for people. 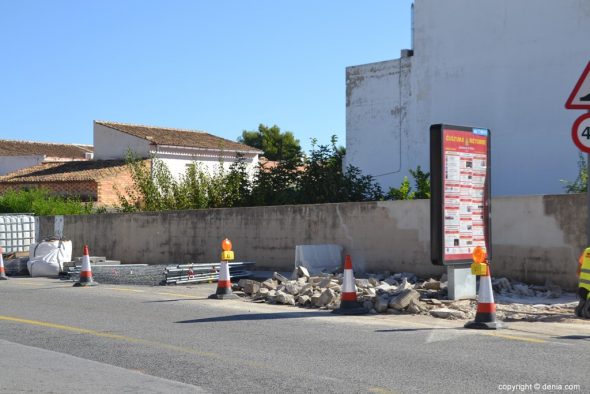 Visit to the works of Dénia

Taking advantage of his visit to La Xara, Carlos Domingo has walked, along with the mayor of Dénia, for the works that his area has done in the city of Dénia, among which are the roundabout and the lighting of Joan Fuster or the asphalting of the Alicante Avenue and the Port.

Domingo stressed that since 2015, the Generalitat Valenciana has invested in Dénia, La Xara and Jesús Pobre a total of 41 million euros in 24 actions in road, port and public transport.

Coming soon: works in the port

The general director has advanced that in the next months important works will begin in the port of Dénia. The largest will be the expansion of the Varadero, beyond the Maritime station, which will involve an investment of 15 million euros by the concessionaire company.

Work will also be carried out to improve the dredging of the port, and in the next few months the work on the harbor promenade and the roundabout that will manage traffic on the Dénia highway will begin. Xàbia, at the height of Aldebarán street.