Access to the pedestrian center, connection with the Montgó and electric buses: GD's demands on the public transport draft

A few weeks ago, the local government team presented a preliminary draft of urban public transport where it was announced that the City Council would assume the 4 existing lines and create a new circular within the urban area. However, the latter would only be operational in tourist campaigns, which generated controversy among residents. 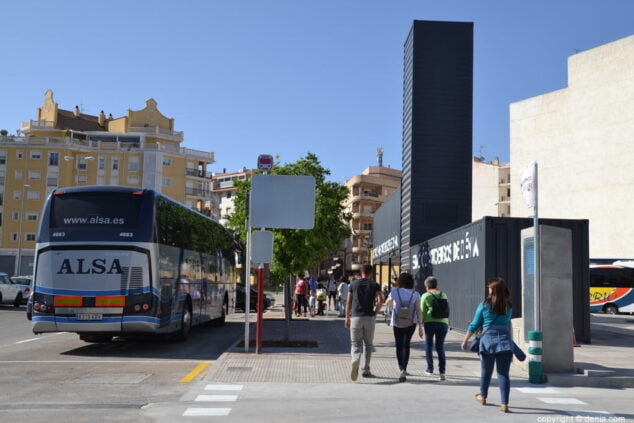 Not just on the street. The draft has also generated criticism among the different political groups. This is the case of Gent de Dénia, a party that has communicated its discontent at various points in the document, as well as the way in which its creation has been developed.

The Dianense party has reproached the PSPV the lack of debate prior to the announcement. GD states that, after the government team lent itself to receive and debate proposals for a collaborative project, these were not taken into account and there was no meeting to discuss them. "Not only has no subsequent meeting been held, but the urban bus preliminary project has been approved by the governing board on October 21 without moving a comma from the draft delivered and taking it to the public display process. No consensus has been reached. nothing, which was what was sold to us; that is, whoever wants something to present allegations. This is usually the case with almost everything: the theater of participation is performed and then what is decided by the government team is approved, that is , the PSOE ", they point out from training.

Gent de Dénia has taken the opportunity to make public their statements regarding the aforementioned draft, which they assume that the government team will not include. To begin with, they have criticized that there was no provision of making a line in the It montgó. According to the party led by Mario Vidal, more than 6.500 homes would be left without much needed public transport, which is why they have suggested that complementary coverage be made by means of taxis.

As for the route of the new circular line, they have warned that its passage through Patricio Ferrándiz will cause the withdrawal of many more parking spaces. In addition, more central stops within the pedestrian areas such as Marqués de Campo are missing, to compensate for the closure to traffic.

In the same way, they have shown their resounding rejection that this, as proposed by the PSPV, is operational only in tourist seasons such as summer, Easter or Christmas. "This seems insufficient to us", they point from GD, to which they add knowing that "The concession of the service will be more expensive, but there are planned European aid and it is understood that public transport must be maintained throughout the year, even more so if a progressive pedestrianization of the center is intended".

Another point that has generated the discontent of Gent de Dénia is related to the type of transport that will be used. While the government team is committed to maintaining diesel vehicles, GD urges that it be invested from the beginning in electric buses to avoid environmental impact. The PSPV left the door open to a replacement of the fleet in 5 years, since they consider it more economical to start the project leaving in stand-by the acquisition of sustainable transport.