Agents of the National Police have arrested a 22-year-old person in the town of Dénia for a crime against drug trafficking when he was caught carrying more than 250 grams of marijuana buds in his vehicle. 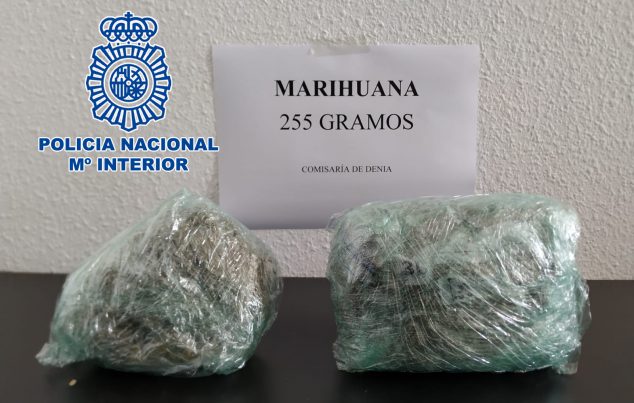 Marijuana seized by the police

Agents from the National Police Station in Dénia carried out a patrol when they observed how a young man when they saw them parked the vehicle and remained inside without getting off it.

After having a good time, the police approached the car and asked him about the reason for his presence on public roads, to which the respondent responded evasively to finish saying that he had gone out to buy tobacco.

Upon inspecting the vehicle, the agents found a backpack that contained two large plastic bags with more than 250 grams of marijuana inside, so they arrested the young man for a crime against public health.

The detainee was brought before the judicial investigating court of Dénia.