Agents of the National Police have arrested in Dénia a person of Spanish nationality and 33 years of age accused of a traffic crime when he was caught when he carried out a "pass" of marijuana while walking a dog. 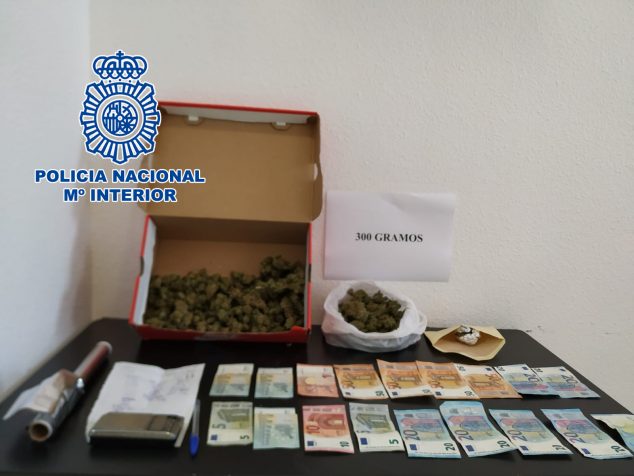 The agents of the Judicial Police Brigade of the Dénia National Police Station had received complaints from residents of a neighborhood in the city about the transfer of people and a strong smell of marijuana.

While doing a discreet surveillance, they saw a young man walk out, walking a dog. At one point this young man crossed paths with another and gave him something after receiving an amount of money in his hand.

At that precise moment, the agents intercepted both people and were able to verify that what the two young men had exchanged was marijuana for money, and the alleged trafficker was arrested.

In addition, the agents intervened more than three hundred grams of marijuana, 400 euros, a scale and a notebook with notes from the detainee's apartment.

Once in the police station, the police discovered that the detainee had been proposed for sanction three times for failing to comply with the measures dictated by Royal Decree 463/20 on the state of alarm.

The detainee was placed at the disposal of the Dénia Guard Investigating Court.

Phase 2 in the Marina Alta: what can and cannot be done starting Monday?
June 01 2020

Opinion of Josep Bernabeu (director of GASTERRA): «Gastronomic investigation of the Marina Alta: an afegit value in the fight against COVID-19»
June 01 2020

Why is there a street in Dénia dedicated to the Roman general Sertorio? Dive into «Calle a calle»
May 31 2020
1 Comment