The Mayor of Dénia, Vicent Grimalt, accompanied by the councilors, Óscar Mengual and Melani Ivars, has welcomed the 22 people who next Monday will start working at the town hall as COVID-19 auxiliaries.

This hiring is framed within the Municipal Plan of Occupation 2020 directed to people of the city with difficulties of labor insertion. The budget has tripled as a result of the health crisis and amounts to 300.000 euros.

Among the functions that, as of Monday, the contracted persons will carry out, is the attention and information to citizens in public spaces and municipal offices; cleaning of facilities and surfaces; public signage or maintenance of urban furniture and municipal areas such as parks and gardens. 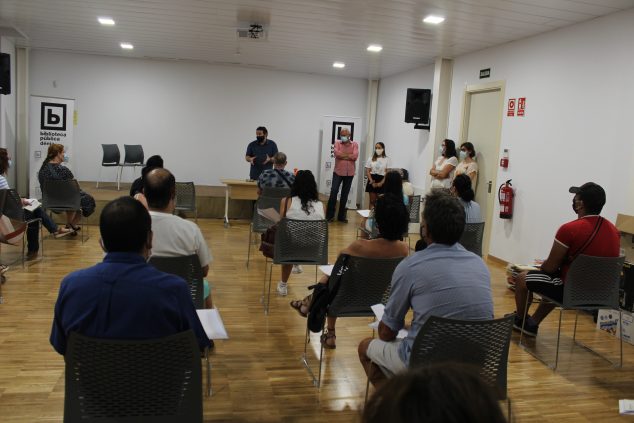 COVID-19 assistants at the briefing

The contracted group has attended an informative session on the tasks that they will carry out and their distribution by the different municipal departments, which has also been done taking into account their preferences.

Of the 22, four people will go to markets, two to the Municipal Archive, four to the Environment area, which includes reinforcement tasks in the beach helpers at the end of the Eructas, another four to the Youth department, two to the library , one to the main building of the City Council, three will collaborate in the activities programmed by Culture and, when there are not, they will reinforce their colleagues in the other areas; and, finally, two will be allocated to Social Welfare.

Today's presentation day was completed with a training session on occupational risk prevention. It is also foreseen that, during the time they work in the town hall, the COVID-19 assistants receive training in digital literacy, occupation research techniques, and another that favors subsequent job placement.

The personnel selection bases have taken into account criteria such as the special vulnerability of the applicants, functional diversity and the gender perspective. Also to the victims of gender violence and, for the first time, the city council has considered in the score of the bases of the process the people who have suffered hate crimes contemplated in the legislation.