2.582 citizens participate in the public consultation on how to allocate the budget for the Trust Plan

A total of 2.582 people have participated in the only public consultation that has taken place in the Valencian Community to choose the projects to be financed with funds from the Generalitat's Trust Plan. The results of the survey certify that the vast majority of participating dianenses consider their main priority the construction of a bus station.

The spokesman of the government team, Vicente Chelet, He wanted to thank the high participation of the citizens in the consultation, which shows the involvement of the Dianans in defining the future of the city, while also marking the way for the government team to follow when it comes to choosing The projects to be financed.

For Chelet, "we must thank all the people who participated in the consultation, since, in addition to indicating the main needs and needs of Denia, the analysis will help us in the revision of the Local Action Plan ".

As the mayor said, Ana kringe, The consultation carried out serves as a weighting basis for the choice of projects to be financed thanks to Plan C funds by setting clear guidelines on the priorities and demands among the Dianans. 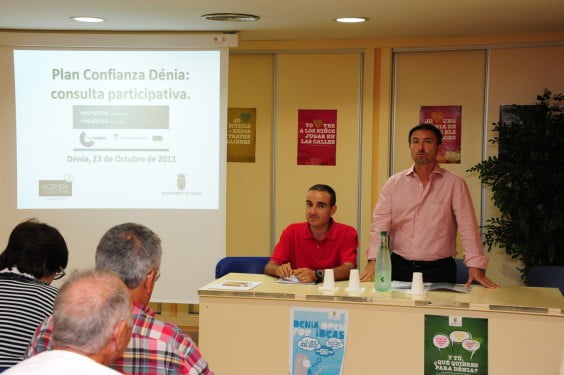 What does Dénia want?

The participative consultation highlights the commitment to the renewal of roads and infrastructures and the improvement of facilities. In such a way that the redevelopment of streets included in the Commercial Action Plan as La Mar, Colón and Sandunga, as well as the traffic light of the intersection of Diana Street with Joan Fuster, the lighting of this avenue and the adaptation of the Camí del Cementeri have Copado the preferences.

The tourist and cultural sectors have also had the support of the participants in betting on improvements in the castle, transfer the tourist office to the old Lonja or rehabilitate the house of the Marquesa de Valero de Palma. The consultation carried out also certifies the need to continue to claim the construction of the socio-sanitary area of ​​La Pedrera.

Once the consultation is closed and with the reports of the 35 projects already issued by the municipal technicians responsible for each area, the government team will fully approve the final list of projects to be financed with the funds of Plan C, always taking into account the social benefit that will be reported to the municipality, as established by Decree 110 / 2013 of the Consell.